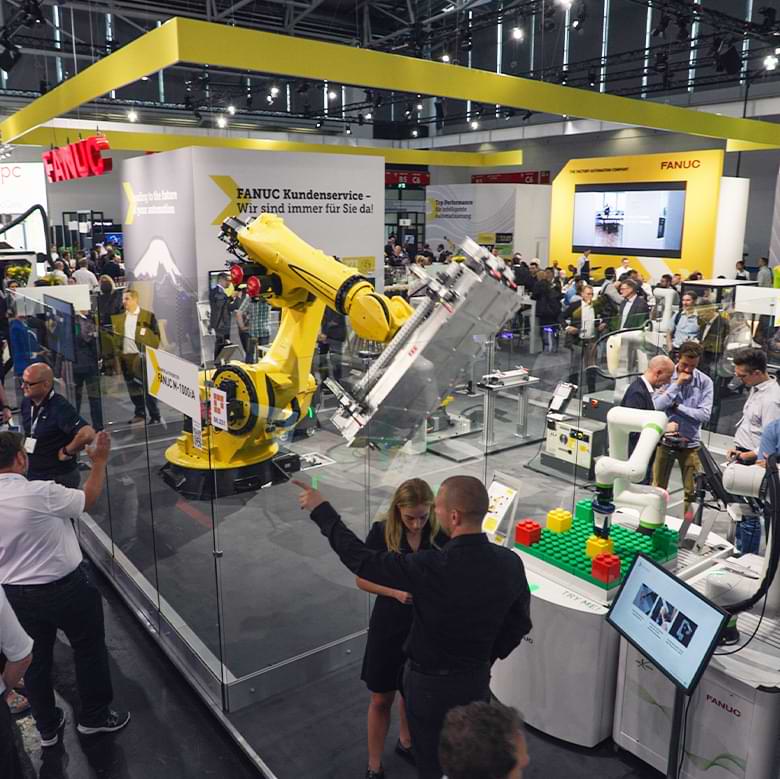 Just a few weeks after we presented ourselves at Anuga FoodTec 2022 in Cologne and ending our two year long “trade-fair-abstinence”, we were in Munich at the Automatica 22.

Together with our partner Fanuc we were once again able to get into personal contact with old but also some new faces. Although we love automation and robots, nothing compares to the exchange live and in color.

A total of 574 exhibitors from 35 different countries were represented at Automatica 2022. For four days for the exhibitors and roughly 28.000 visitors from more than 70 countries, everything revolved around the question, what role automation and robots will play for the industry in the future.

Into the future with new ideas and inspiration

We look back upon four exciting and instructive days with lots and lots of great encounters and conversations. We are already looking forward to the upcoming trade fairs, where we will once again be able to present our own ideas and gather new inspiration.

Your team from ASA Automation