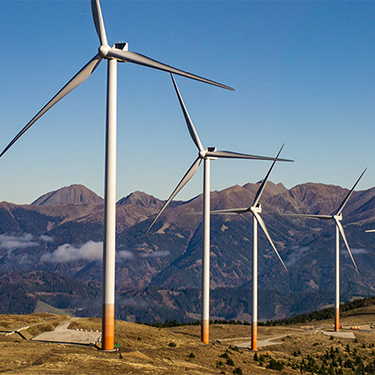 The Digital Gateway to renewable energy

At the beginning of the year, ASA Automation and Energy Web Foundation started a renewable energy project to help us source renewables for our production facilities in Germany and Chile. The background to this partnership is that ASA's customer base includes medium-sized companies as well as multinational companies such as Walmart, Nestle, Volkswagen and Pfizer who value a strong sustainability policy and increasingly demand that suppliers such as ASA use low-carbon energy in their entire supply chain.

EW Zero will enable ASA to provide a verified proof that low-carbon energy was used in its facilities throughout the world to produce its products. This pilot builds on the first technical and commercial demonstration of EW Zero – Energy Web’s partnership with Ripple and XRP Foundation to decarbonize the XRP Ledger.

"We are thrilled to welcome ASA Automation as an early-adopter of EW Zero to reduce the carbon footprint of its production. We hope that this pilot will set an example for how small- to medium-sized companies, often excluded from participation in renewable energy markets due to their relatively low electricity consumption, can now contribute to sustainability efforts. As ASA Automation is showing, EW Zero makes it much easier to decarbonize global, complex supply chains as required by some of the largest corporates," said Walter Kok, CEO of Energy Web.

EW Zero enables energy buyers of any size to efficiently locate and purchase renewables around the world. The first version of EW Zero leverages energy attribute certificates (EACs). In this transaction, ASA Automation will use EW Zero to cover electricity consumption in Germany and Chile using renewable EACs. Zero will also act as a discovery tool to view available renewable supply in the markets of interest and choose the suppliers that match specific demand criteria (such as location, generation type, and installation year). In this way, ASA Automation will reduce electricity-related emissions (Scope 2), which in turn decreases supply chain Scope 3 emissions for ASA's customers. Zero will also integrate with renewable energy suppliers to showcase how local renewables platforms can leverage open-source standardized APIs to connect to EW Zero.

“We’re proud to become a member of Energy Web and an early adopter of such an innovative project that will allow us to make a first step towards renewable energy procurement,” said Mario Krämer, CEO of ASA Automation. "I am convinced that this is only the first step in the strategic cooperation with Energy Web and we are thrilled to become a frontrunner in blockchain-based innovation for the automation sector."

The project will be completed in early 2021 and inform the continued open-source development of EW Zero. In the meantime, ASA and Energy Web are seeking renewable energy developers with a footprint in Europe and Latin America to participate in the project. Interested companies are invited.